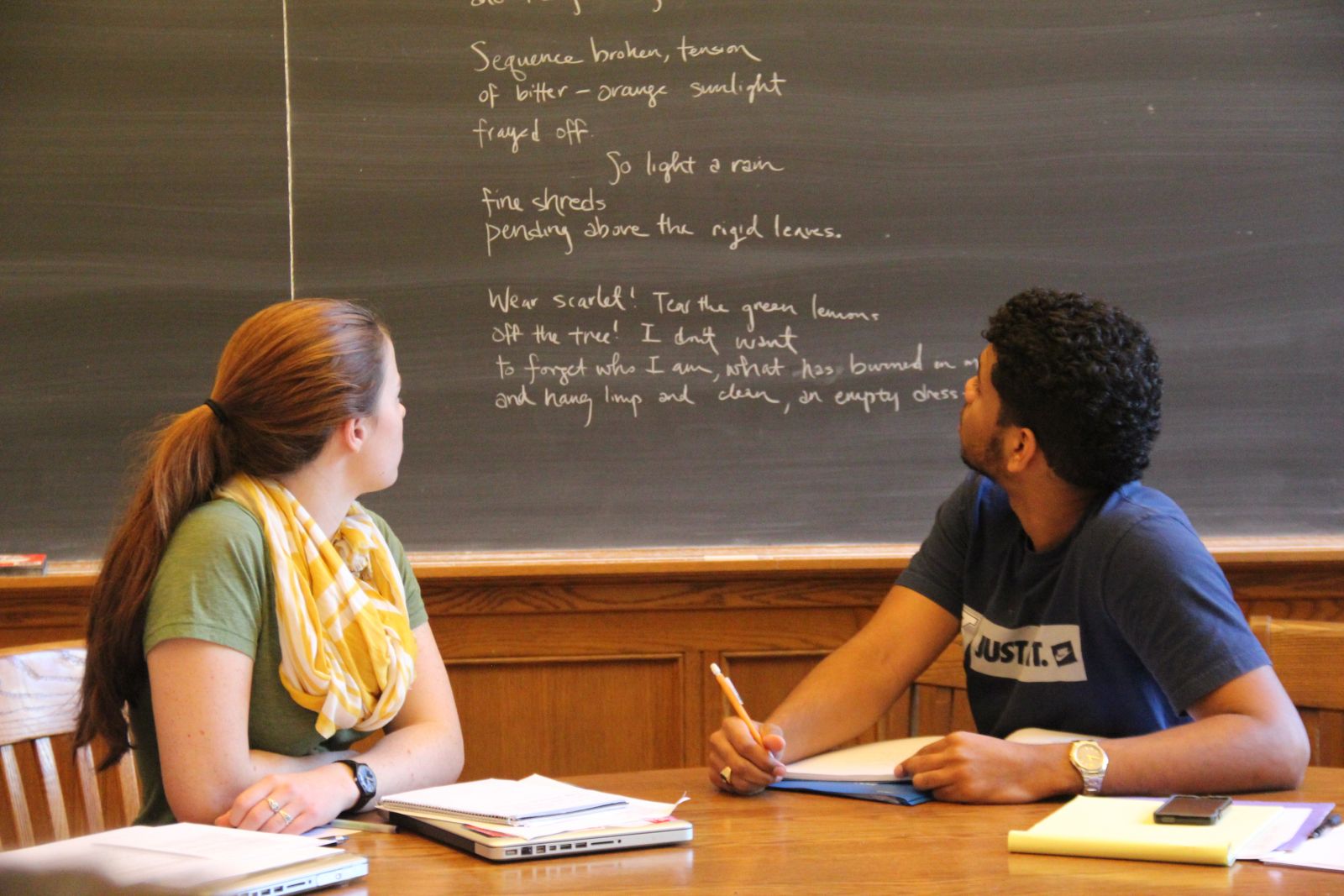 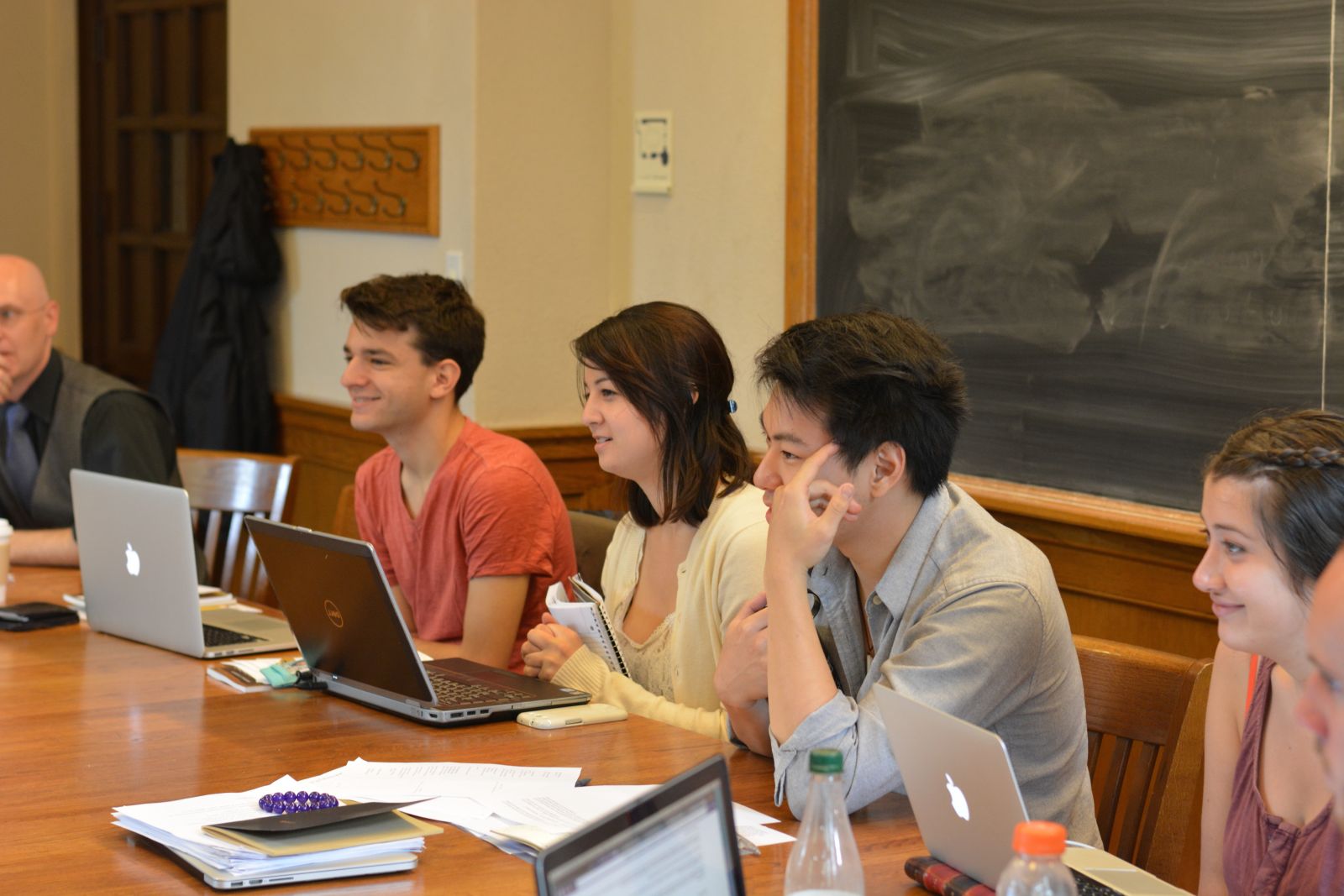 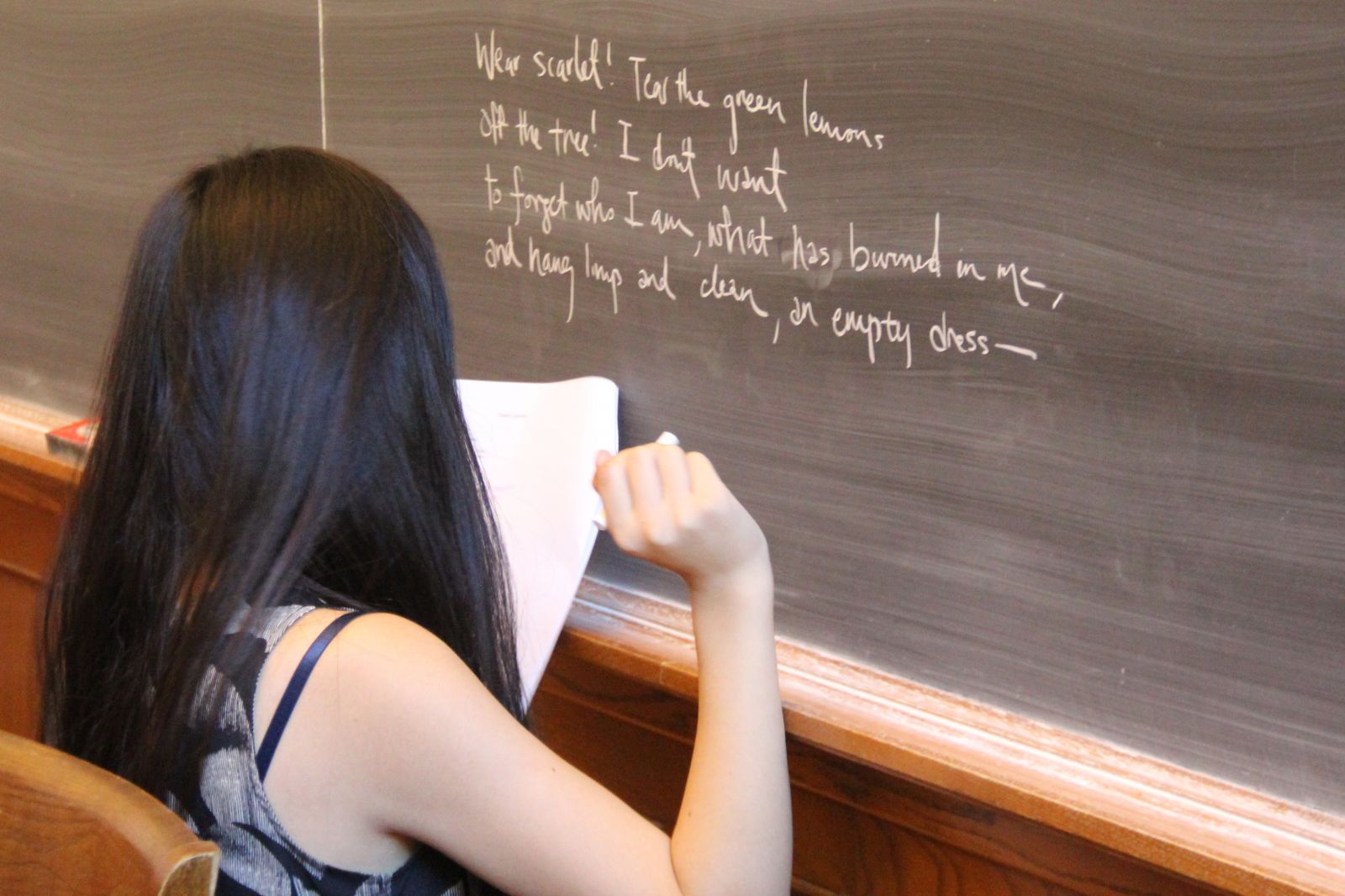 Roger Pellegrini ('16) is an English major from Scarsdale, NY. He is interested in how digitization accentuates and alters notions of materiality and form. This summer, he is interning in the Credit Risk division of the Royal Bank of Canada.

"Sing Me Some Self" is an experiment in two parts. The first, also titled "Sing Me Some Self," selects 14 lines at random from "Song of Myself" and presents them as a sonnet. The second, titled "Sing Me Some More Self," first selects a word at random from "Song of Myself," then selects a word at random from among all the words that immediately follow the first word in its various appearances in "Song of Myself." This second word is then used in the same way as the first word to produce a third word, and a poem of 14 lines (averaging 12 words per line - the average in "Song of Myself") is strung together from the repetition of this process. The result is something hidden but present in the original, a trace through the varied identities of words that maintains some of Whitman's intentionality while animating it with an automated vitality. "Whispers" is a poem made up of deliberately arranged phrases produced by "Sing Me Some More Self."

"Every atom belonging to me as good belongs to you.”

"Sing Me Some Self"